Felabration 2021 ended on a high note with the presentation of a Fearless posthumous award to the Afrobeat Legend, Fela Anikulapo-Kuti by Fearless energy drink, the leading brand in its market segment produced by Rite Foods.

The beautifully designed award which looks magnificent depicts what the music icon stands for, and also in recognition of his musical distinctiveness and political activism aimed at creating a better society for the citizenry.

Fela fearlessly wrote songs like “Trouble Sleep, Yanga Wake Am,” “Zombie,” “Sorrow, Tears and Blood,” and “Unknown Soldier” as a form of resistance against oppressive leadership. He composed other songs on inhuman acts against Africans like “Colonial Mentality,” “Teacher Don’t Teach Me Nonsense,” ”Mr. Follow Follow”, among others.

Commenting on the award event held at the Afrika Shrine, in Lagos, on October 17, 2021, the Managing Director of Rite Foods, Mr. Seleem Adegunwa, posits that the Late Fela deserves honour for the impact he made in the music industry, having fought for justice and equality for all Nigerians through his songs.

Adegunwa pointed out that Fela resonates with what Fearless stands for, positive energy, courage, leadership, and can-do spirit that comes with Fela’s creativity and leadership quality.

The Rite Foods boss affirmed that Fela demonstrated fearless attributes through his songs, which led to constructive criticism of injustice, inequality, and oppressive tendencies against Nigerian citizens and Africans.

Presenting the posthumous award which was presented to the Founder of Felabration, Yeni Anikulapo-Kuti, Fela’s daughter, and with a standing ovation, Rite Foods Brand Manager, Boluwatife Adedugbe, said it signifies respect for the megastar who traversed the globe, with outstanding performance that made the nation proud. An enigma of exceptional talent, an African pride, just like Rite Foods with its leading position in Nigeria’s food and beverage industry.

She said the initiative demonstrates the company’s commitment to the growth of the entertainment industry and promoting what is Nigerian.

Adedugbe stated that the event was also a platform for consumers to get rejuvenated with the company’s brands comprising the premium Fearless energy drink, the 12 Bigi variants of carbonated soft drinks, Table Water, and Rite Sausages.

While receiving it, Yeni Anikulapo Kuti, who was filled with the euphoria created by the audience, expressed her gratification for the support and honour bestowed on her father for the legacy left behind for posterity.

She eulogized the World-class company for refreshing participants at Felabration with its unique brands and the creativity introduced to make it more exciting.

Yeni, who was highly excited, praised the Fearless energy drink brand, stating that the award was the best thing that has ever happened since the inception of the Felabration, and from a leading brand in the energy drink market.

Highlights of the event was the performance by D’Banj, a megastar in Nigeria’s musical industry, who thrilled the audience with one of his hit songs, “Top of the World.”

Other interesting activities include an Arts competition, Afrobics dance competition, schools’ debate with the topic “Covid 19 is a Blessing,” a Symposium themed “A Presenting National Question Devolution or Evolution” with the moderator/chairman, as Femi Falana, amongst prominent speakers like Senator Shehu Sani. 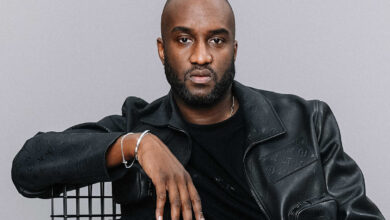 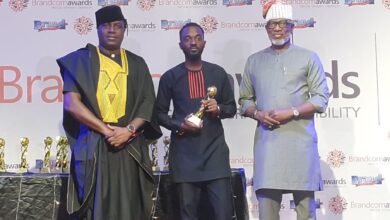 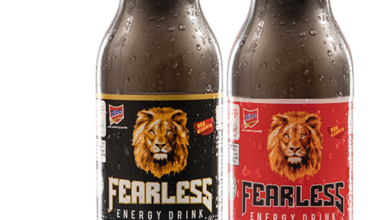