Apple earlier this year crossed the $3 trillion mark to become the first-ever public company to reach this milestone after its share price hit $182.88 in midday trading.

With this achievement, Apple, the maker of the iPhone, Mac computers, and the Apple timepiece, has become the world’s most valuable publicly traded business.

Apple is still worth more.

As it stands, the company is also worth more than all of the world’s cryptocurrencies combined. According to data acquired from coinmarketcap.com, the total worth of cryptos is currently $2.2 trillion.

Apple’s market value has more than tripled in less than four years, to $3 trillion. In August 2018, it was valued at $1 trillion, and two years later, in August 2020, it became the first company valued at $2 trillion.

Apple isn’t the only company with a trillion-dollar valuation. Microsoft, with a recent market cap of $2.57 trillion, is the only other company with a market cap above $2 trillion and the number two corporation by market value, having increased 58 per cent in 2021.

Only three other companies have market capitalizations above $1 trillion, and these are Alphabet, Amazon.com, and Tesla.

While the iPhone remains Apple’s most profitable product, the company’s services division increased 25.6 per cent year over year and generated more than $18 billion in revenue last quarter.

Apple’s sales in the fiscal fourth quarter ended September 30 was $83.4 billion, up 29% from the previous quarter. This was made up of $38.9 billion in iPhone sales, a 47 per cent increase year on year, and $18.3 billion in service income, a 26 per cent increase.

Apple sold $9.2 billion in Macs, $8.3 billion in iPads, and $8.8 billion in wearables, including the Apple Watch and AirPods, during the quarter.

Reasons for the growth 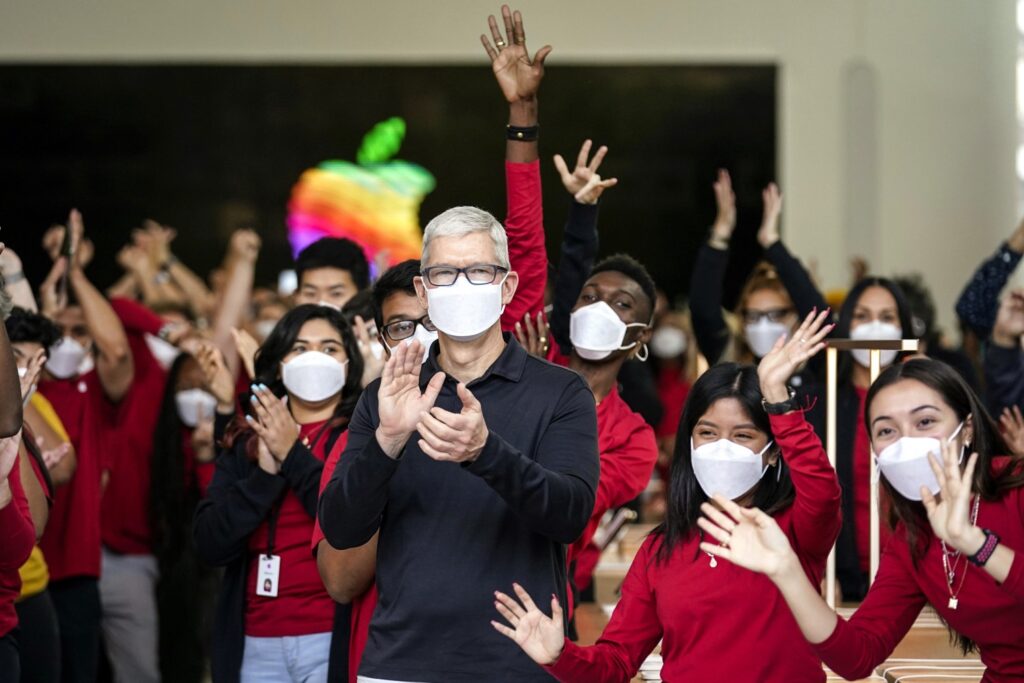 Since Tim Cook took over as its CEO, Apple’s stock has increased by 1,474 per cent. Cook has amassed almost 94 per cent of the company’s market capitalization.

Apple’s recent gains can be attributed to a number of factors, including increased demand for the company’s latest iPhone.

Analysts viewed the iPhone 13 series as a step in the right direction, but not as essential as the iPhone 12, which was the first to integrate a 5G connection.

But, as with the iPhone 11, they seem to have miscalculated the iPhone 13’s demand. In China, in particular, demand for the new phones has been exceptionally high, laying the ground for a major earnings surprise in the December quarter.

Apple has been a haven for tech investors, with rising demand for both Macs and iPads. Even as the world continues a complicated return to normalcy, demand for Apple products has remained high.

Meanwhile, Apple maintains a shareholder-friendly policy of aggressively buying back its own stock, which has helped fuel the recent rally in the stock.