Popular Nigerian singer and songwriter, Joeboy, who goes by the real name – Joseph Akinwale Akinfenwa-Donus, has joined his counterparts Fireboy DML, Burnaboy, and Olamide in Boomplay’s Golden Club with over 100 million streams on the platform.

In January 2021, The Afropop sensation, Joeboy announced his debut album Somewhere Between Beauty & Magic, which was released in February, which would go on to be streamed over 60 million times while his most recent single Sip (Alcohol) became his most-streamed single with over 50 million streams as well as being the third most streamed song on Boomplay in 2021.

According to an in-depth analysis of data, Joeboy ’s music enjoyed a total of 2,799 playlists inclusion and is currently being listened to in 163 countries worldwide on Boomplay. 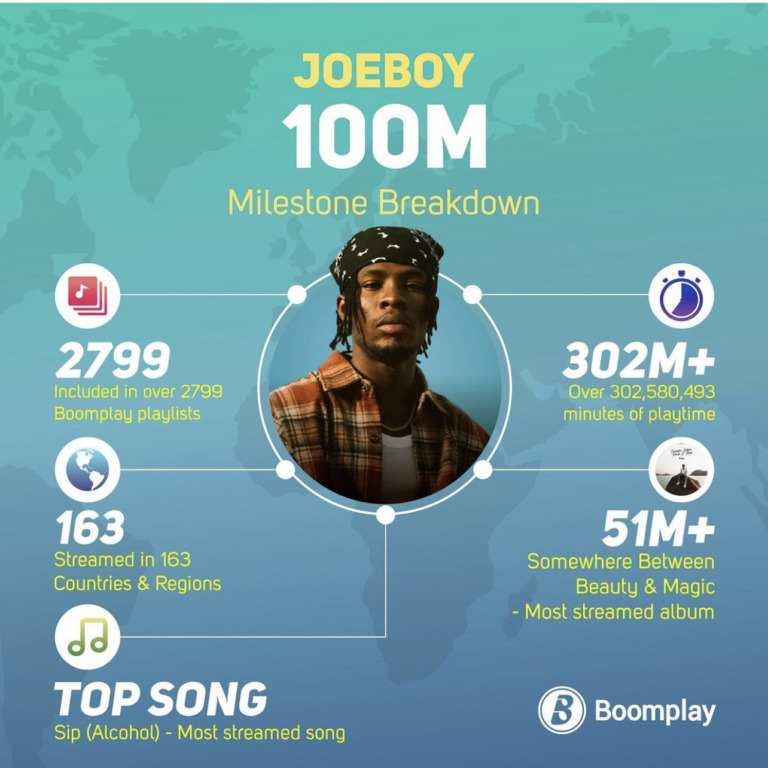 Joeboy won Best Artiste in African Pop at the 2019 All Africa Music Awards and Best Pop at the 2020 Soundcity MVP Awards Festival.[1He was nominated for multiple City People Entertainment Awards and The Headies. Joeboy released the Dera-produced track “Call” on April 10, 2020. Described as a “catchy love song”, “Call” is the lead single from his upcoming debut studio album.

Mr. Eazi of the record label “emPawa Africa” discovered Joeboy in 2017. His genre of music is that of Afro-pop and R&B. He was born in Lagos State, Nigeria.

Fuel Subsidy Will not be Removed Now - Ahmed Lawan