Twitter is finally allowing users to edit their posts. The company said it is giving its users the new feature they have most requested – an edit button.

“If you see an edited Tweet, it’s because we’re testing the edit button. This is happening and you’ll be OK,” the company tweeted.

It is currently testing the feature and will roll it out in the coming weeks to subscribers of Twitter Blue, which costs $4.99 (£4.33) per month.

Tweets will be available to edit a few times in the 30 minutes after posting.

Twitter Blue is currently available in the US, Canada, Australia, and New Zealand – but initial tests will be limited to just one country. 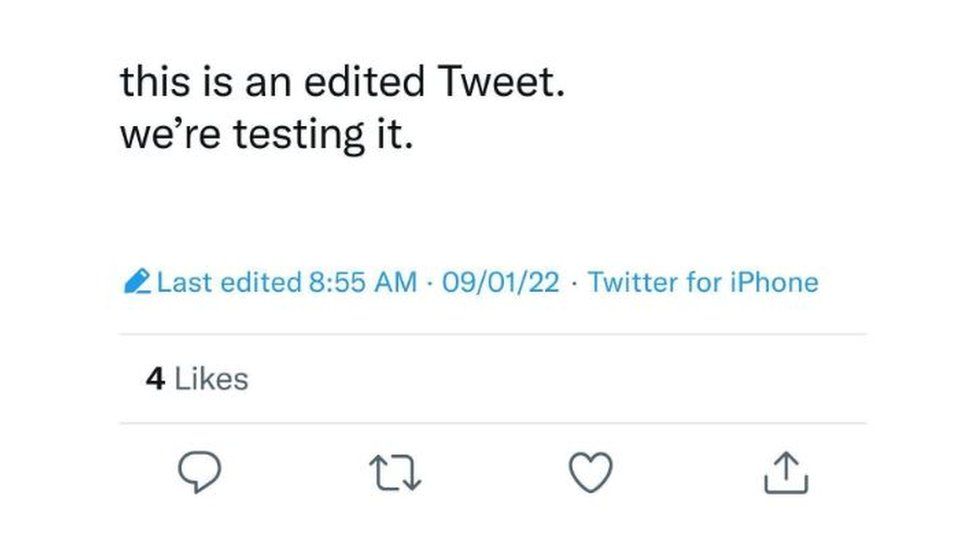 Edited tweets will appear with an icon, timestamp and link to their “Edit History” to “protect the integrity of the conversation and create a publicly accessible record of what was said,” the company blogged.

“You should be able to participate in the conversation in a way that makes sense to you and we’ll keep working on ways that make it feel effortless to do just that.”

this is happening and you'll be okay

The company’s co-founder and former chief executive had said it would probably never provide an edit button.

But in April, Elon Musk, then planning to buy the company, posted a Twitter poll, in which 73.6% of the 4.4 million respondents said they wanted one.

Some maintain it is unnecessary or contrary to the spirit of the platform, however.

Other users suggested possible refinements to the function.

Twitter has long had a superior edit button called “delete” which allows you to remove a bad tweet and repost a better one without anyone being confused about what happened.

Inside Lagos: Fake Driver Robs Passengers of Items worth N1.2m