Lionel Messi, PSG forward and Argentina superstar has once again been named the best player on the planet, with Robert Lewandowski finishing as runner-up

Messi has his hands on the Ballon d’Or once again, with the mercurial Argentina claiming the seventh Golden Ball of his remarkable career to date.

The latest of those prestigious prizes was collected at a glitzy gala in Paris on Monday, with the PSG superstar not having to travel far after severing ties with La Liga giants Barcelona in the summer.

Having been recognised as the best player on the planet for 2021, Messi is now two triumphs clear of eternal rival Cristiano Ronaldo – with a five-time winner now at Manchester United finishing outside of the top three for the first time since 2010.

Messi topped the chart after enjoying another memorable year with the club and country. 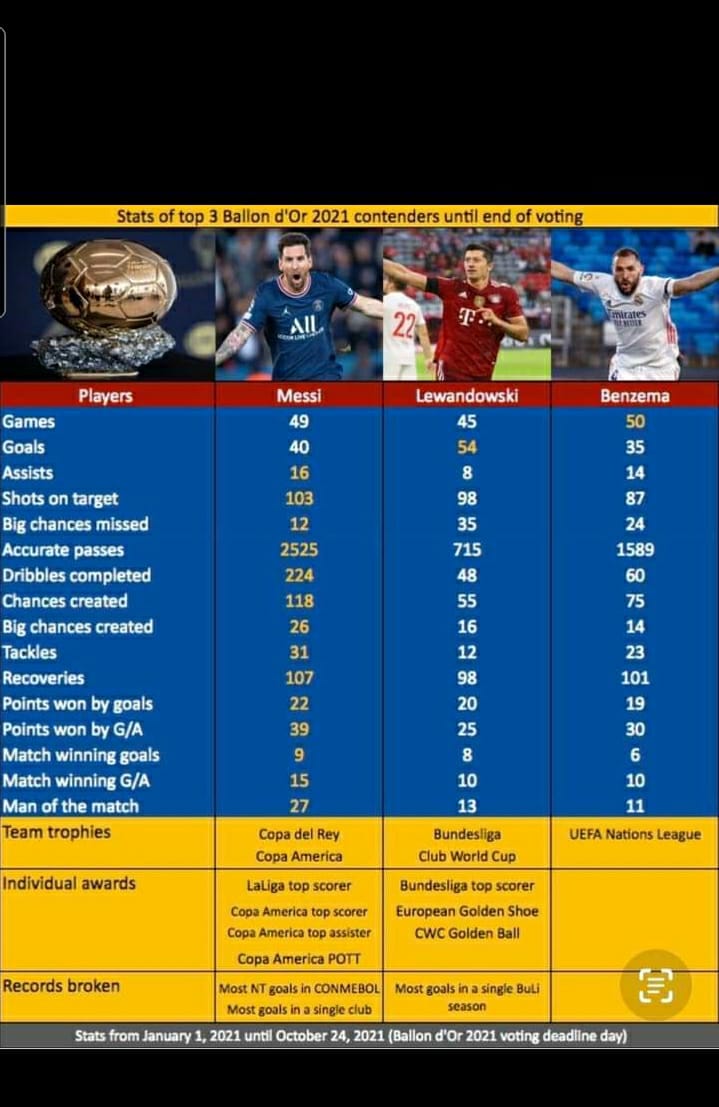 He helped Barcelona to Copa del Rey glory back in April, before going on to land a first senior trophy with Argentina at the 2021 Copa America – a competition that also saw him named Player of the Tournament.

The football world was stunned shortly after that success when it emerged that Barcelona could not afford to tie a talismanic figure to a new contract, with a career-long association with Catalan heavyweights brought to a close as Messi headed to France.

He has found the going a little tougher at PSG, but registered three assists on his last outing against Saint-Etienne and has four goals to his name through 11 appearances.

While Messi swept his way to the top spot in the Ballon d’Or poll once more, there were several other leading contenders for the ultimate individual award.

Robert Lewandowski has remained in prolific form for Bayern Munich at 33 years of age, with 25 goals plundered through 20 outings this season, but he had to settle for a runner-up spot.

The Polish frontman had been the favourite to collect a Golden Ball in 2020, but France Football opted against handing out an award last year during the coronavirus pandemic.

Chelsea midfielder Jorginho had been fancied by many to challenge for first place, having won the Champions League with his club and Euro 2020 with Italy, but it was not to be as he took a bronze medal.

Karim Benzema was also unable to stake a strong enough claim to force his way into contention despite enjoying an impressive run of form for Real Madrid and returning to the France fold.

His fellow countryman, Kylian Mbappe, will believe that Ballon d’Or glory beckons for him at some stage, along with fellow frontman Erling Haaland of Borussia Dortmund, but they remain the future rather than the present.